Throughout the month of December, we will be showing Christmas movies in place of our midweek services on Monday evenings at 6:30. The first movie we will show (December 3)is especially for the children. It is called The Star and was released around Christmas time last year. This animated film retells  the account of Jesus’ birth from the point of view of the donkey that accompanies Mary and Joseph to Bethlehem. It features a voice cast that is interesting and diverse. Bring the kids and grandkids for this fun-filled feature.

The second movie that we will show on December 10 is… Well, I’m going to keep the title of this one a surprise. I will give this much of a hint: It was the first televised Christmas special to become a tradition, airing live over a number of Christmases in the early 1950’s. Finally, on December 17, we will be showing a movie that we’ve shown before. It’s 2006’s The Nativity Story. This is, flat out, one of the very best movies based on a biblical account ever made. With very little dramatic license and some helpful insights to the political situation of the day, it tells the simple, yet beautiful, account of Jesus’ birth. Come and enjoy all of these movies. Our Ladies Aid is hosting a time of fellowship after our service on Sunday, December 0.  They will be providing the coffee and the other drinks.  If you want to come, we ask that you  bring a brunch type dish to pass.

This is a fun and tasty way to start up the Christmas season.  All are welcome to come and enjoy. (They made sure that there was no conflict with Packer game on that day…not that it matters much at this point.) On the first Sunday in Advent, we will be hearing about the three different comings or arrivals that we celebrate in the season of Advent. One of those arrivals took place in the past, one takes place in the present, and the third will take place in the future.

On the second Sunday, we will be looking at the three colors of Advent and what they symbolize. Some churches use purple, some use blue, and there is that mysterious third color (rose) that appears on the Advent wreath.

We hope that you will find this series to be interesting as we make ready to welcome our Lord in our celebration of Christmas.

The Fox Folk Marionette Troupe will be performing a special Christmas show entitled “The Search for the King” at St. Paul Lutheran Church on Saturday, December 8 at 1 PM as part of their Christmas for Kids event.

Based on the classic tale “The Other Wiseman,” this half-hour family-friendly show features 20 colorful, hand-crafted marionettes who have been telling the Christmas story in the Fox River Valley for 50 years. Come and see the magic of this Christmas tale!

The Fox Folk Marionette Troupe is comprised of students from Fox Valley Lutheran High School and is one of the few surviving marionette performance teams in the Midwest. The troupe was established in 2004 and performs with marionettes that were hand-crafted by Bruce and Barbara Purdy, members of All Saints Episcopal Church in Appleton. The original marionettes were created in the 1960’s and have performed for 50,000+ people over the years. One of the best-loved moments in the Christmas season for many people is that time in the Christmas Eve service when the little children sing that simple, yet moving, carol “Away in a Manger.”

For a simple song like that, it has a surprisingly complex history and has a lot of meaning (and, believe it or not, controversy) in its simple lyrics.

We will be diving into all that in our Christmas Eve service this year. This will be a song service based around “Away in a Manger.”

The older children will have the privilege of reading the Scripture lessons, the little children will join them to sing a number of songs (including “Away in a Manger,” of course), and Pastor Lillo will be sharing a series of devotions based on the imagery of the carol. This service takes place on Monday, December 24, at 3:00 PM. Over the course of the last several years, we have reinstated the ancient church practice of offering the Lord’s Supper on Christmas Day (that is the “mas” part of Christmas). This year, the sermon will be based on the appointed Epistle lesson for the day from the first chapter of the book of Hebrews. This is a letter that shows how the Old Testament was perfectly fulfilled in the New Testament. This text shows how Jesus is the perfect expression of everything God told us about himself in the Old Testament. This service takes place on Tuesday, December 25, at 8:30 AM.

New Year’s Eve falls on Monday this year. What we will be doing is to celebrate New Years Eve in our regular worship service on December 30. This will be a special communion service. We will also have a communion service on December 31 at 6:30 PM which will feature the same sermon as the sermon on Sunday. You are welcome to attend either service to thank God for the blessings. The children of our congregation will be practicing for the Christmas Eve service on Wednesdays at 5:30 PM. We will have three practices on  December 5, 12, & 19.  These practices should take no more than one hour each week.

We will be decorating the church for the Christmas season on Wenesday, December 5 at 6:30 PM.

In the past, FVL has hosted the Tuba Christmas event for the Fox Cities. Unfortunately, there was a conflict this year that won’t allow that to happen. However, if you want to attend, there will be a Tuba Christmas concert in our area. It will take place on Friday, December 7, at 7:00 PM at the Hortonville High School Auditorium. Those who have attended in the past will tell you that it is well worth your time.

The students of FVL will be presenting a sacred concert for the Advent and Christmas seasons on Sunday, December 16, at 4:00 PM. This is a concert that will feature all of the vocal groups of Fox Valley Lutheran High School.

DATES TO REMEMBER IN DECEMBER

BIBLE PASSAGE OF THE MONTH

In the past God spoke to our ancestors through the prophets at many times and in various ways, 2but in these last days he has spoken to us by his Son, whom he appointed heir of all things, and through whom also he made the universe. 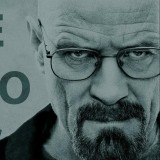